Vader, directed by Franck Chartier, is set in the visiting area of an old-folks home whose towering walls accentuate the fact that the action takes place deep underground. At the centre of this netherworld, somewhere between the world of the living and the dead, stands the figure of the father, who seems to be distancing himself gradually from the human community. His fading is drawn, not from the story of one individual, but from the mythology of the father.

In scenes that explode into action, and just as suddenly stop, this figure appears at once as God-like and ridiculous, as possessed of a rich mental life, and as disconnected, decaying, empty. His past may harbour a deep secret, or maybe he is simply mad or delusional. The other residents and the staff wonder at him, regarding him with amusement and hatred, affection and indifference.

The piece plays on the widening gap between perception and reality. With poignancy and wit, Vader explores the moment when the memories (or are they fancies, hallucinations?) of an old man constantly threaten to tip the realities of daily life into fantasy. The world premiere took place on 10 May 2014 at our partner Theater im Pfalzbau (Ludwigshafen, DE).

“[Father is set] in the last house, in the last moments of one’s life. It’s a house in which you can’t have any contact with society anymore, and you just analyse your past. For us, it was nice to go deeper into the character of the father, to see where we come from and what we received from him. We go inside ourselves, what we live, what we feel. Of course, we amplify things and render them a bit more dramatic, but basically, everything comes from ourselves, and it is nice if we can touch the audience, it’s nice to see them cry and laugh.” 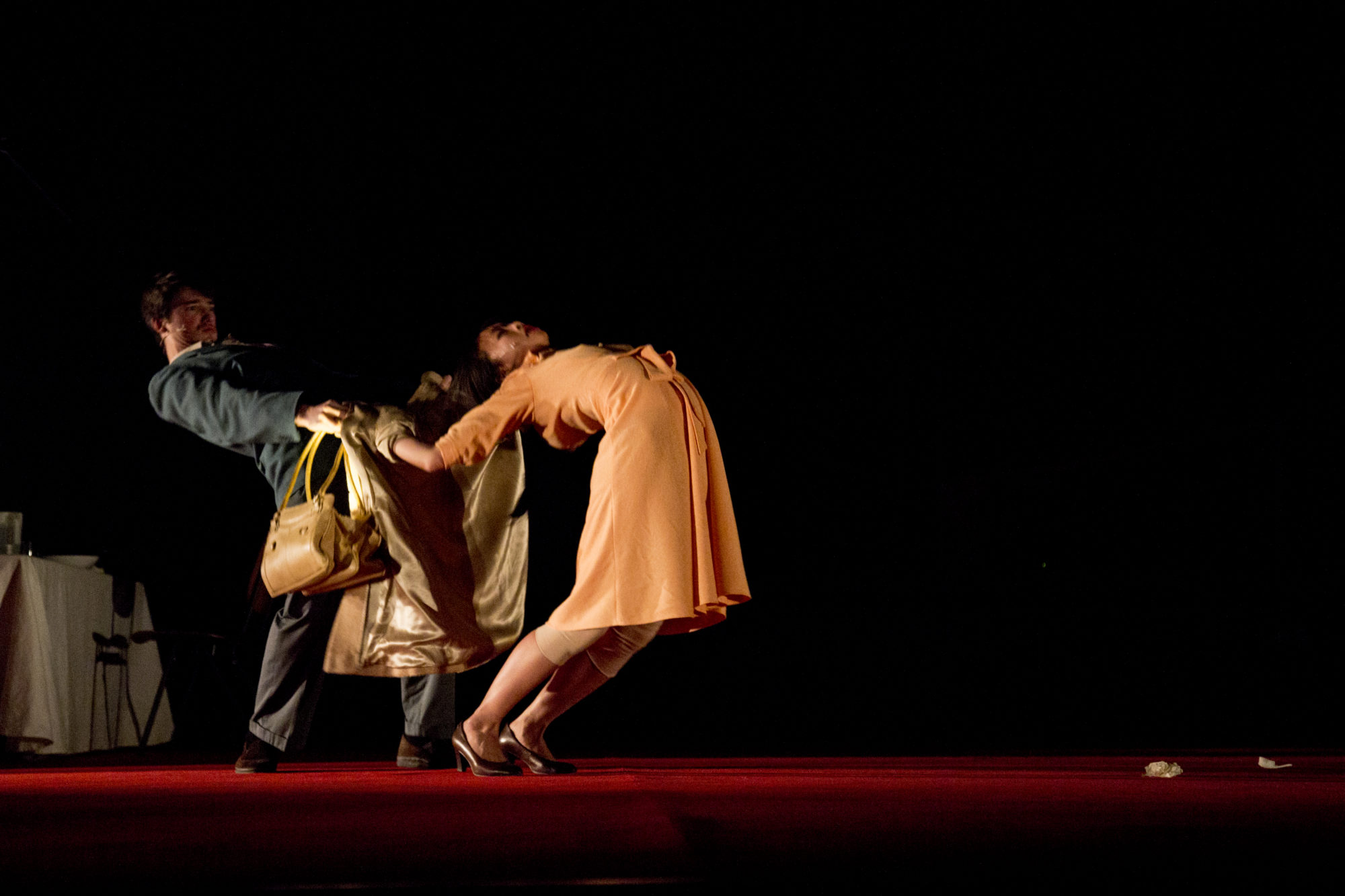 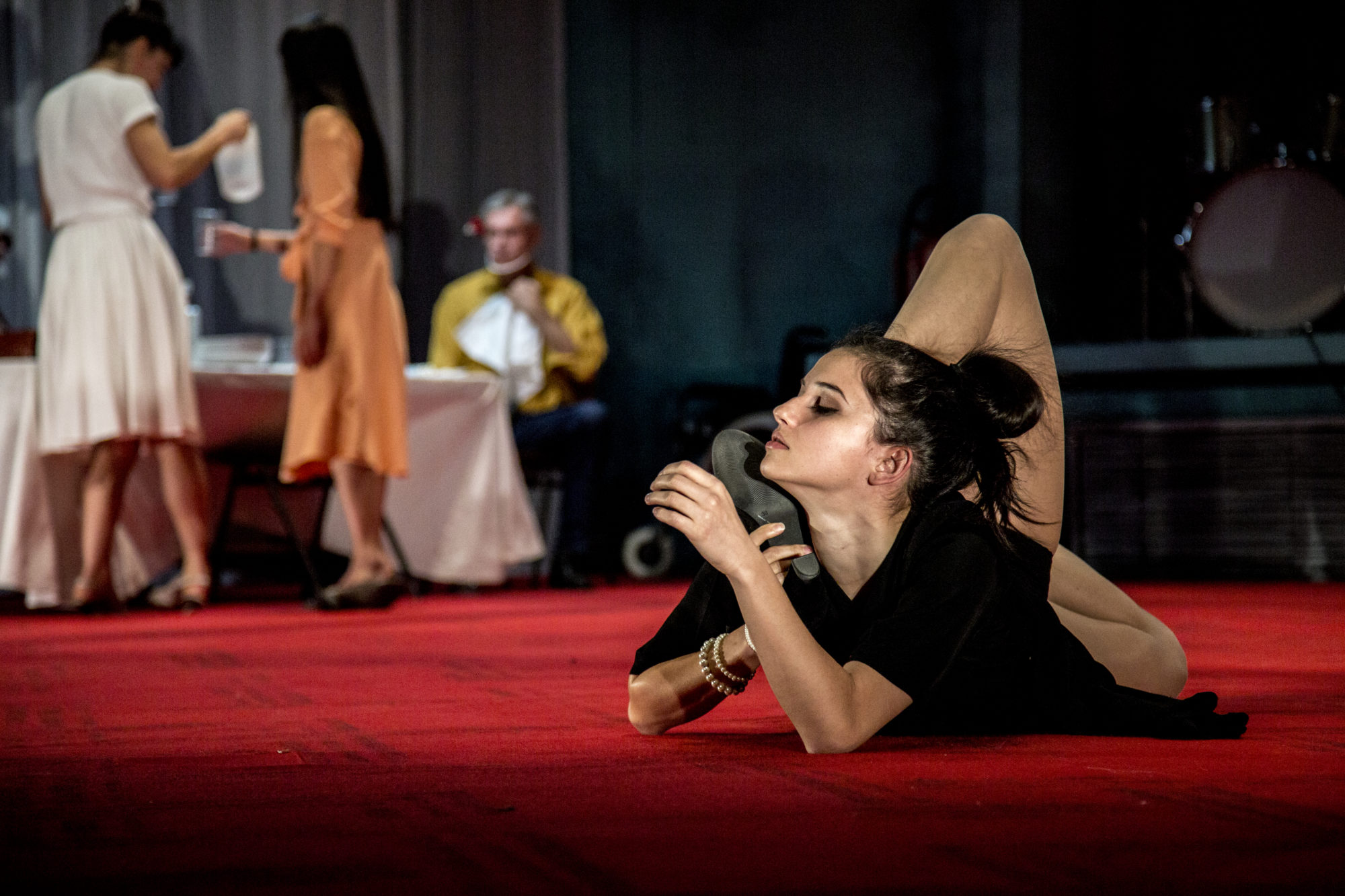 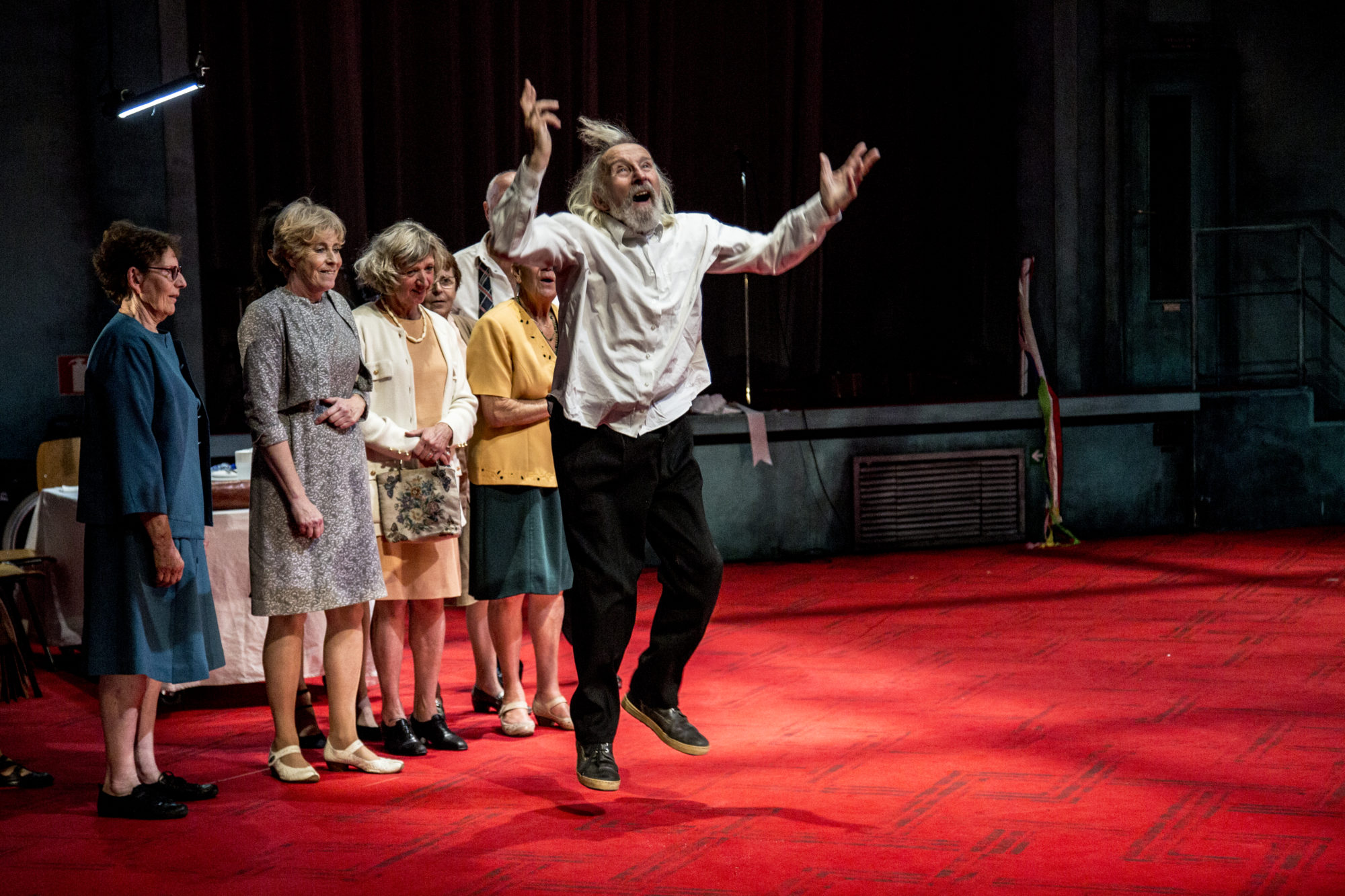 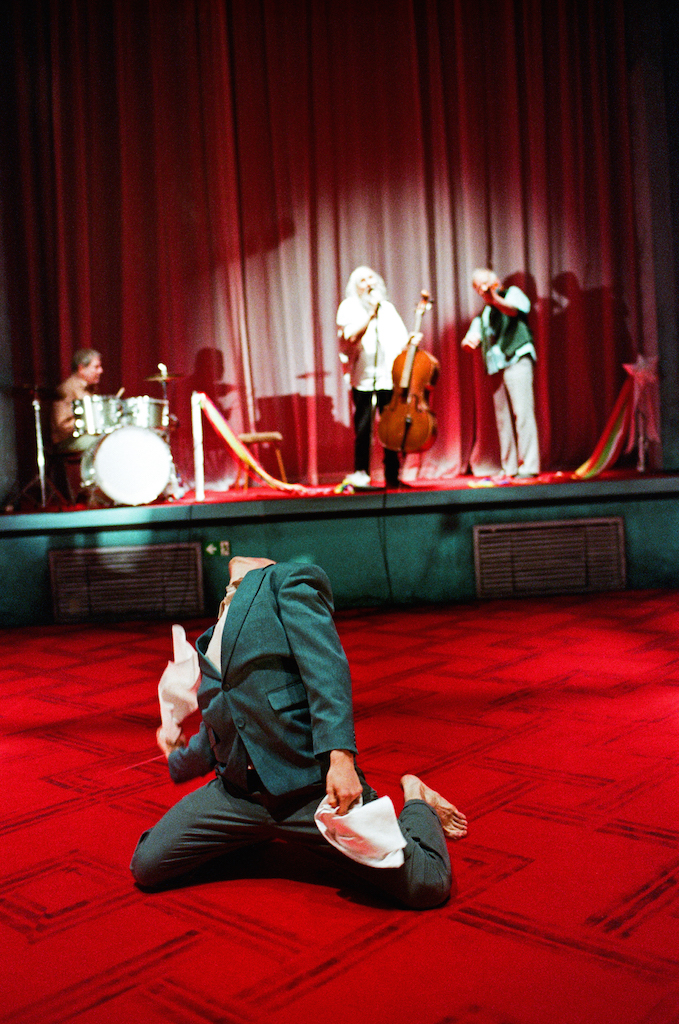 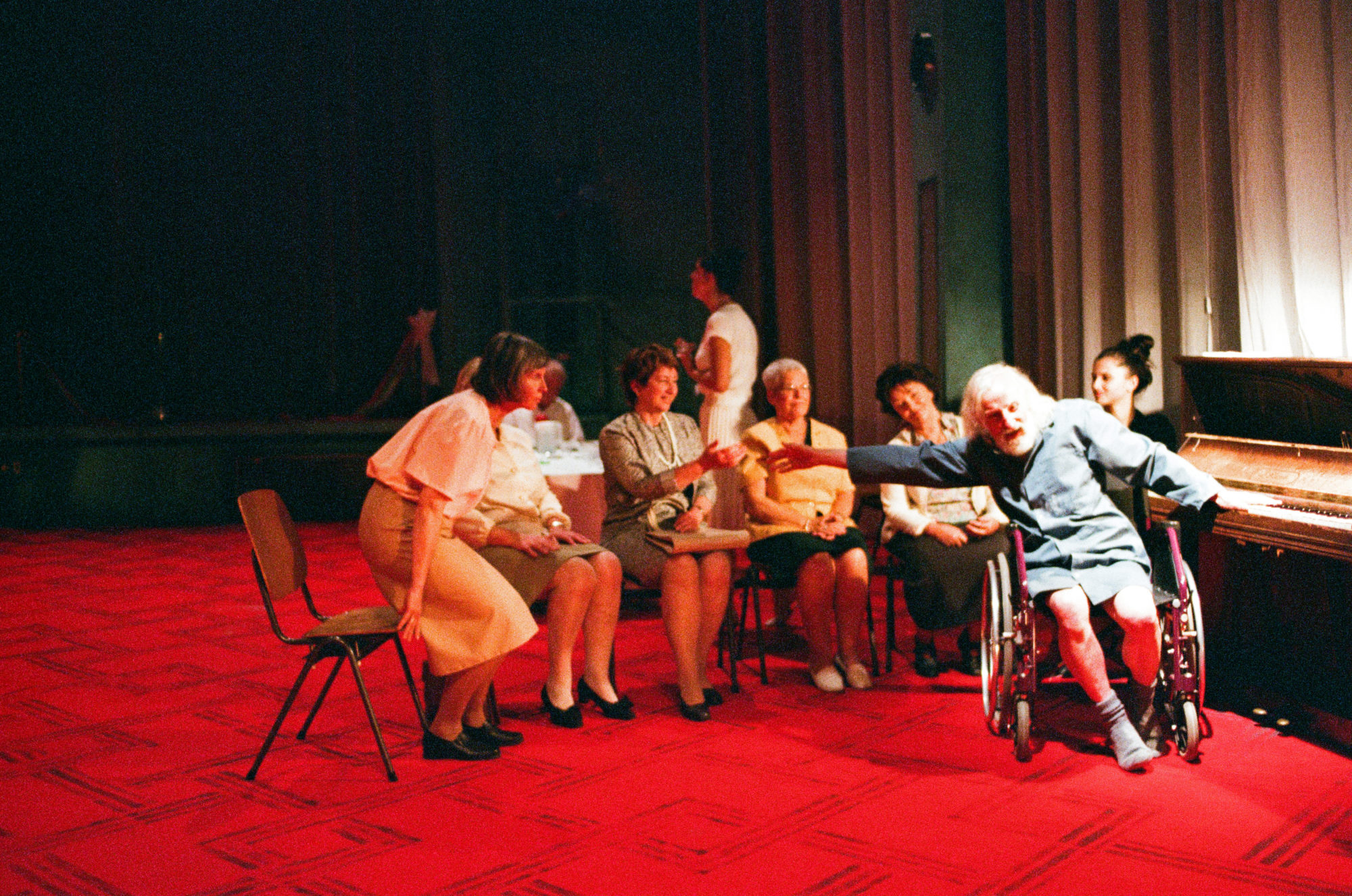 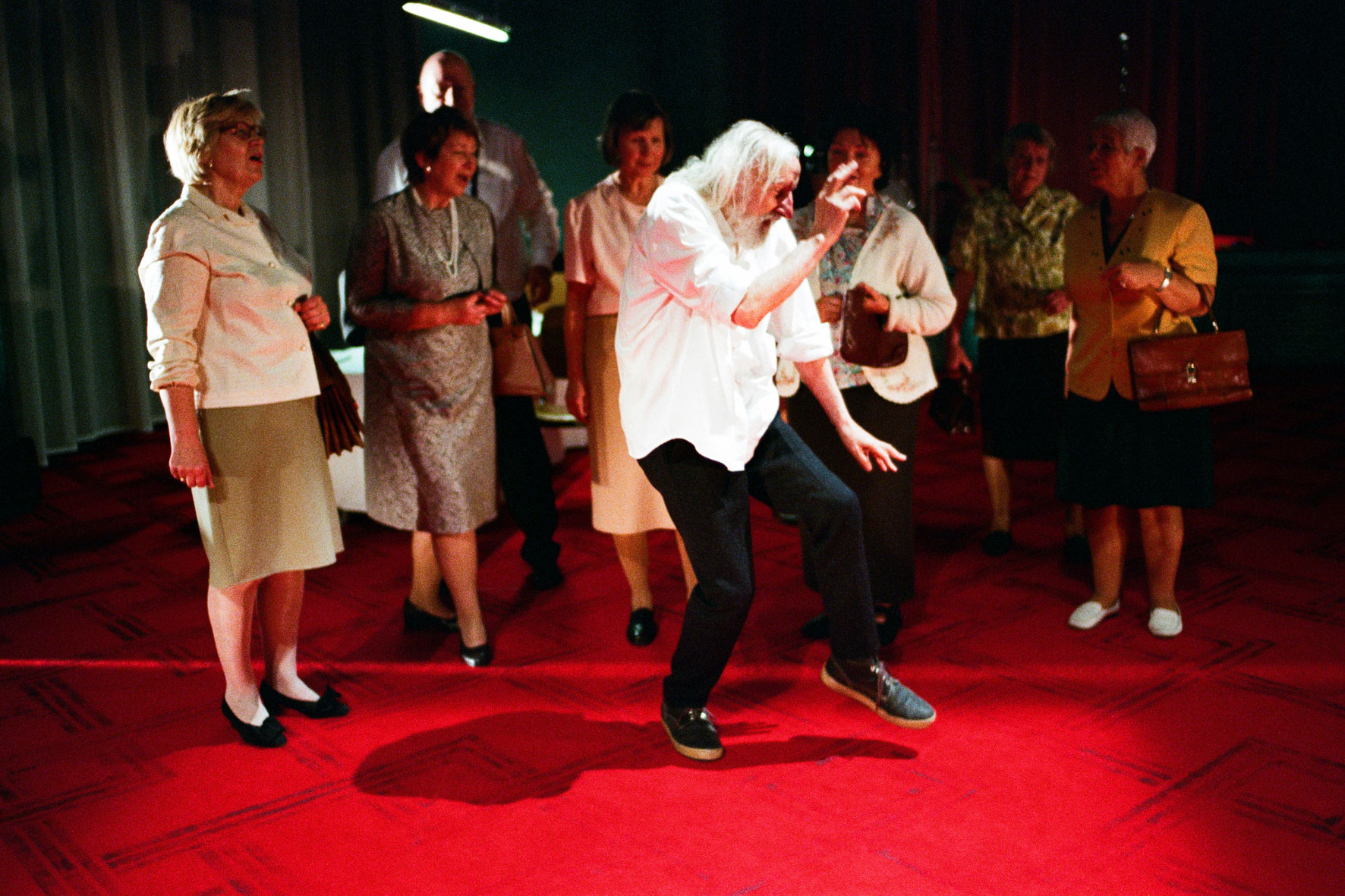 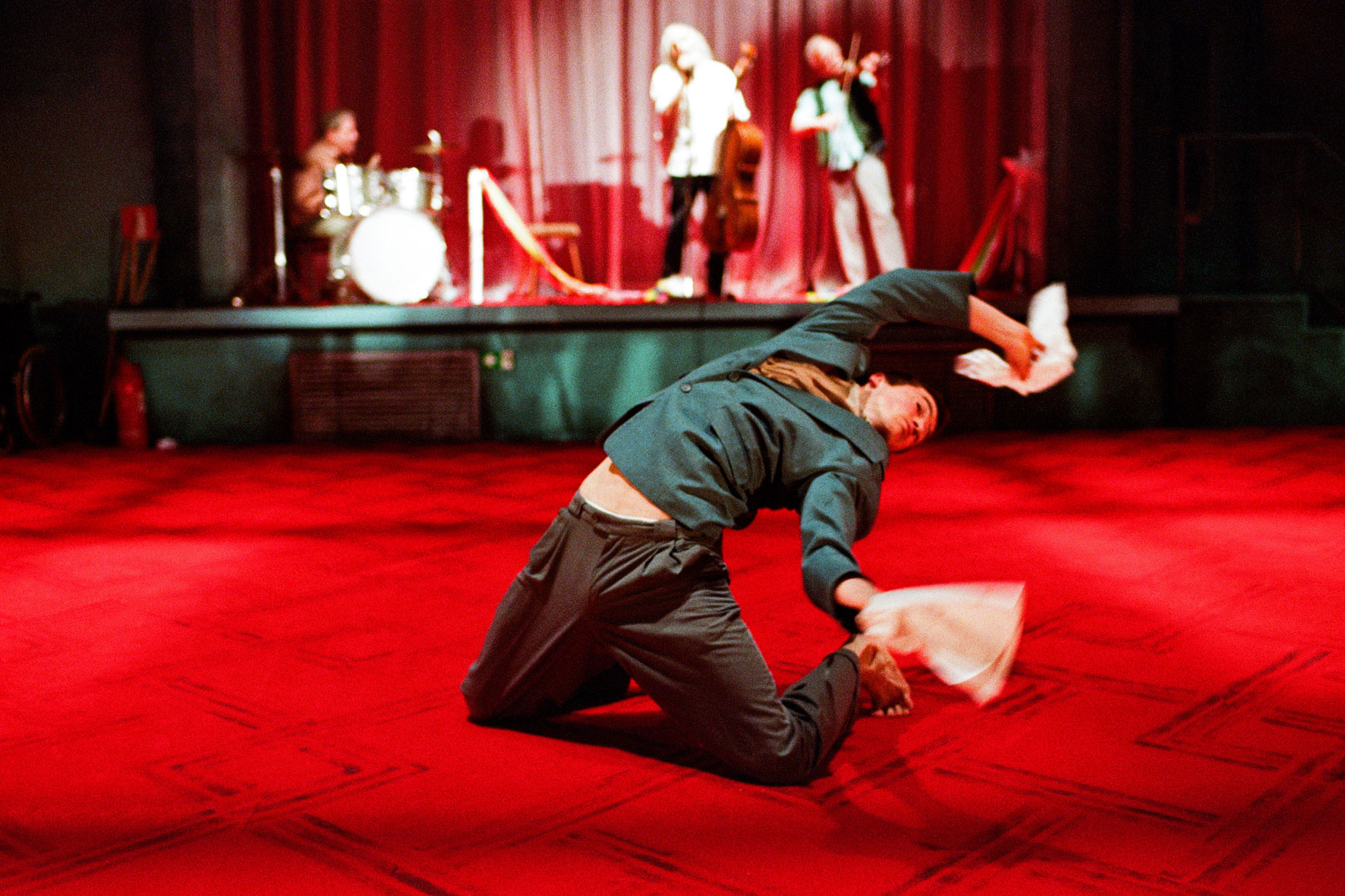 "The physicality of the performers is simply extraordinary, mind-blowing; you never thought a body could do that."
The Wonderful World of Dance  03/02/2019
"Father is hugely funny, while also showing compassion for our human inadequacies." **** (4 stars)
The Observer  03/02/2019
"Echoes of Pina Bausch and Ballets C de la B are evident in the piece. […] Father is a wonderful show – taking its audience on a rollercoaster ride through the borderlands of fantasy and reality– such a delight to see so much skill teamed with such great artistic vision."
Total Theatre  03/02/2019
> More press