Konan Dayot (°1990, Nantes, FR) joined Peeping Tom in 2020 for Triptych: The missing door, The lost room and The hidden floor. He received an education in jazz drums, classical percussion and contemporary dance at the Nantes conservatoire. He also did an exchange programme at the Julliard School.

In 2010, he obtained degrees from the Conservatoire Supérieur de Paris and the Centre National de la Danse. He has worked, amongst others, with Boris Charmatz, Thierry Smits, Olivia Granville, Helge Letonja, Ashley Chen, John Scott, Thomas Lebrun. Being passionate about music, he is a percussionist in the Trio Dayot and works with the atelier Terre et Son, where he collects and plays udus.

He has collaborated intensively, both within dance and in music, sometimes combining both, in conventional spaces but also in national theatres, in the Louvre museum or in Tate Modern, as well as more informal spaces, such as the submarine base of Saint-Nazaire, the scaffolded cathedral of l’Aquila or the burning inmensity of the Sahara. 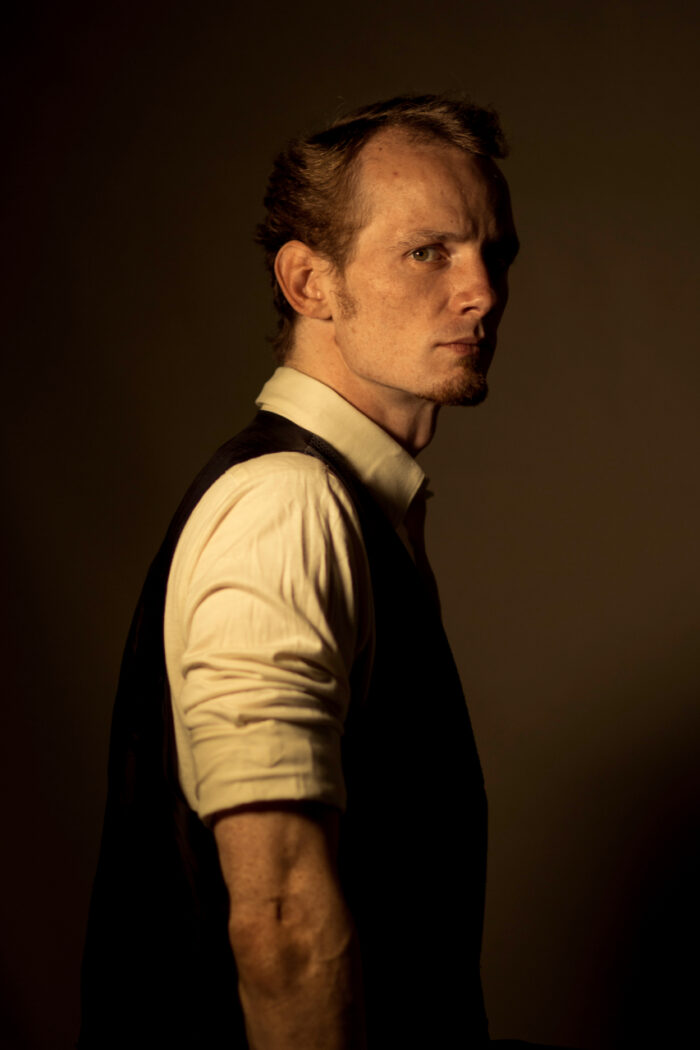