Le Salon marks the second part of a trilogy that started with Le Jardin in 2002 and ended with Le Sous Sol in 2007. This piece shows the mental, physical and financial decay of what was once a wealthy family. The aristocratic grandfather, a cornerstone of the family, unconsciously drags his children along with him as he tries to keep up appearances.

Set in a once opulent drawing room – now a symbolic glory hole – he slowly loses control of his house, his bladder and – ultimately – his mind. The househould he once led is now run by his offspring, who treat him as shabbily as they treat one another. Inspiration for Le Salon came from Le Salon de Musique from Satyajit Ray.

Le Salon was created collectively by the performers and premiered on 4 November 2004 at La Rose des Vents (Villeneuve d’Ascq, FR). The piece toured worldwide from 2004 until 2009, in Europe, South Korea and Australia. 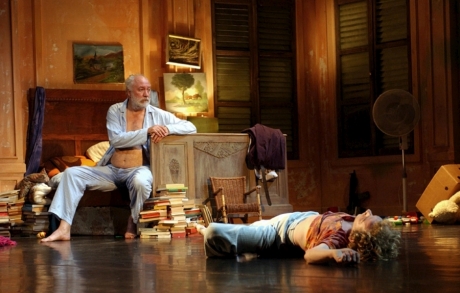 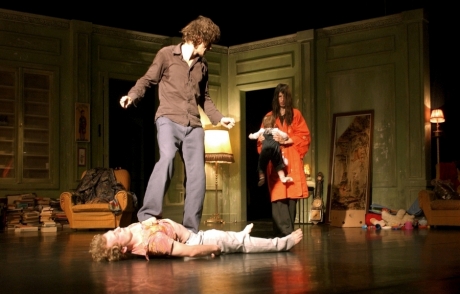 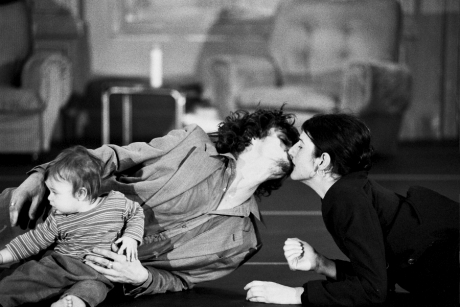 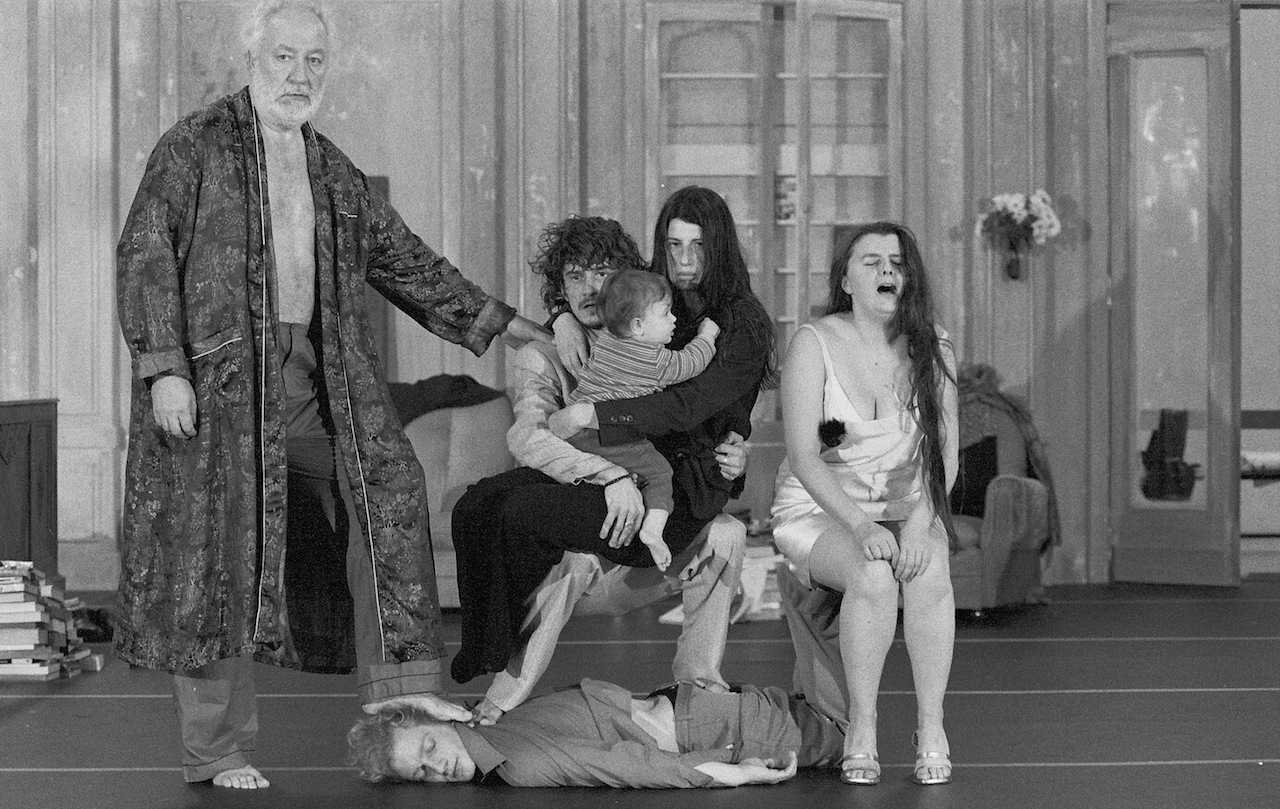 "Their movements are extreme and acrobatic in style, involving fantastic gyrations, flips and splits."
ArtsHub  27/10/2009
"Peeping Tom assays desolating subject matter with the lightest of comic touches."
The Age Australia  24/10/2009
"In this sitting room that reveals itself as the mirror of our lives, ghosts dance between the unbearable lightness of being and the intolerable precariousness of existence."
Quimper  17/10/2005
> More press