Maria Carolina (°1985, Florianopolis, BR) joined Peeping Tom in 2012, to replace a departing member in 32 rue Vandenbranden. She then went on to perform in Vader (2014) and Moeder (2016), being involved in both productions from the start. She graduated in performing arts in 2009 (Santa Catarina State University) and in 2014, she received an additional Master’s degree in theatre and dance.

Maria Carolina first developed her corporal techniques through sports. An accomplished rhythmic gymnast, she was part of the Olympic Brazilian Confederation Team at the Olympic Games in Sydney in 2000. As a dancer, she has worked with two Brazilian dance companies before joining Peeping Tom: Siedler Cia de Dança (2007-1008) and Grupo Cena 11 Cia de Dança (2010-2012). As an actress, Maria Carolina has worked with professional theatre groups and has acted in television shows, films and publicity spots.

Furthermore, singing is an important part of her artistic path and she has used her voice as a fundamental tool in the pieces she participated in. More recently, she has been collaborating with companies in Belgium and Florianópolis, working on interdisciplinary projects involving music, dance and theatre. Maria Carolina is currently also working on a solo project that involves the writing of a novel and a stage performance. 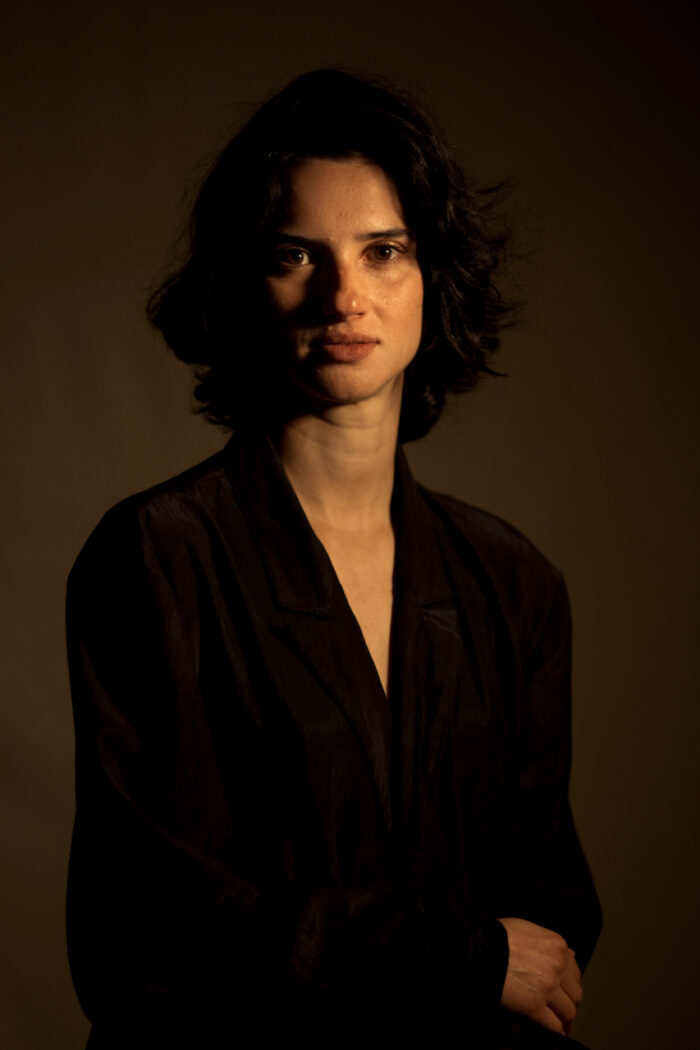